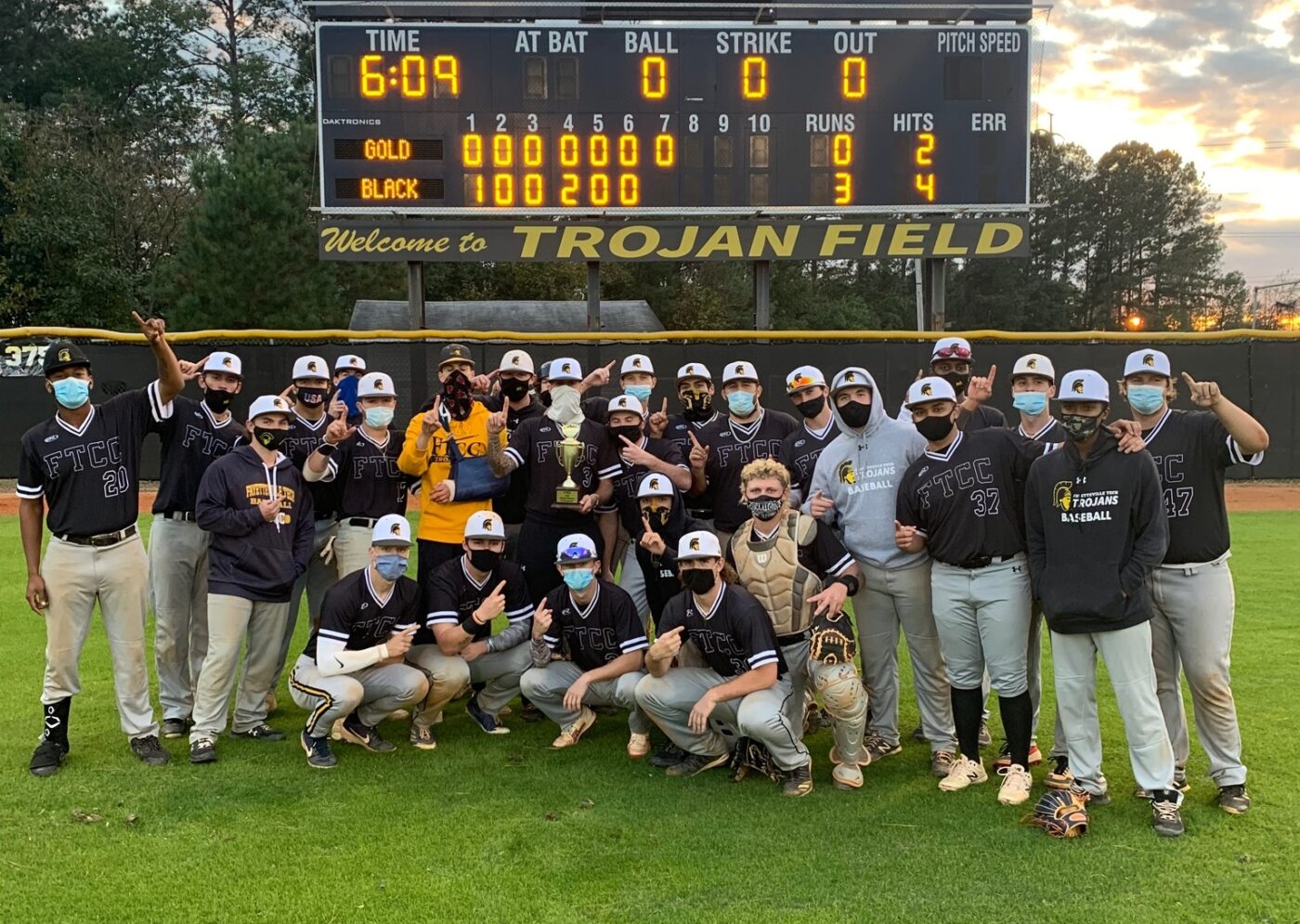 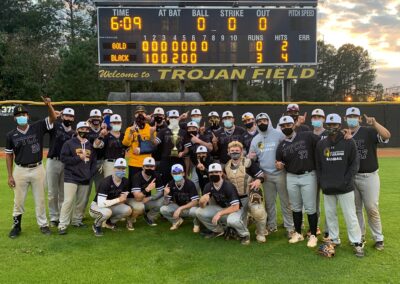 FAYETTEVILLE, NC — In a normal fall season, the Fayetteville Tech baseball team would be sharpening its skills in a series of scrimmages against the toughest competition available.

“Your level of competition and your adrenaline goes up when you face outside teams,” coach Billy Gaskins said.

But things are different in 2020. Restricted by precautions against COVID-19, the Trojans haven’t played a fall season, managing just a few scrimmages against high school showcase teams at J.P. Riddle Stadium.

Instead, they’ve opted to face the friendliest competition around: themselves.

In what’s now an annual tradition, the Trojans split up recently to face off for the intrasquad Trojan Fall World Series.

The series, originally scheduled as a best-of-five for Oct. 31 and Nov. 1, was shortened to a best-of-three format Saturday due to expected rain Sunday.

The event was another chance to show off the leadership of returning players, whom Gaskins said have been instrumental while the team adapts to the ongoing COVID precautions.

“Our leaders have been phenomenal, even more so than they usually are,” Gaskins said. “They’ve been keeping up with the protocols and organizing study halls in small groups.”

The World Series ultimately went to the Black squad, who swept two games by scores of 10-4 and 3-0.

The team will draw down into a max of eight hours a week of practice for the remainder of the fall, leaving the Fall World Series as a final hoorah until the spring season begins.

“Any day the players get to compete, they are all in and eager to do it,” Gaskins said.