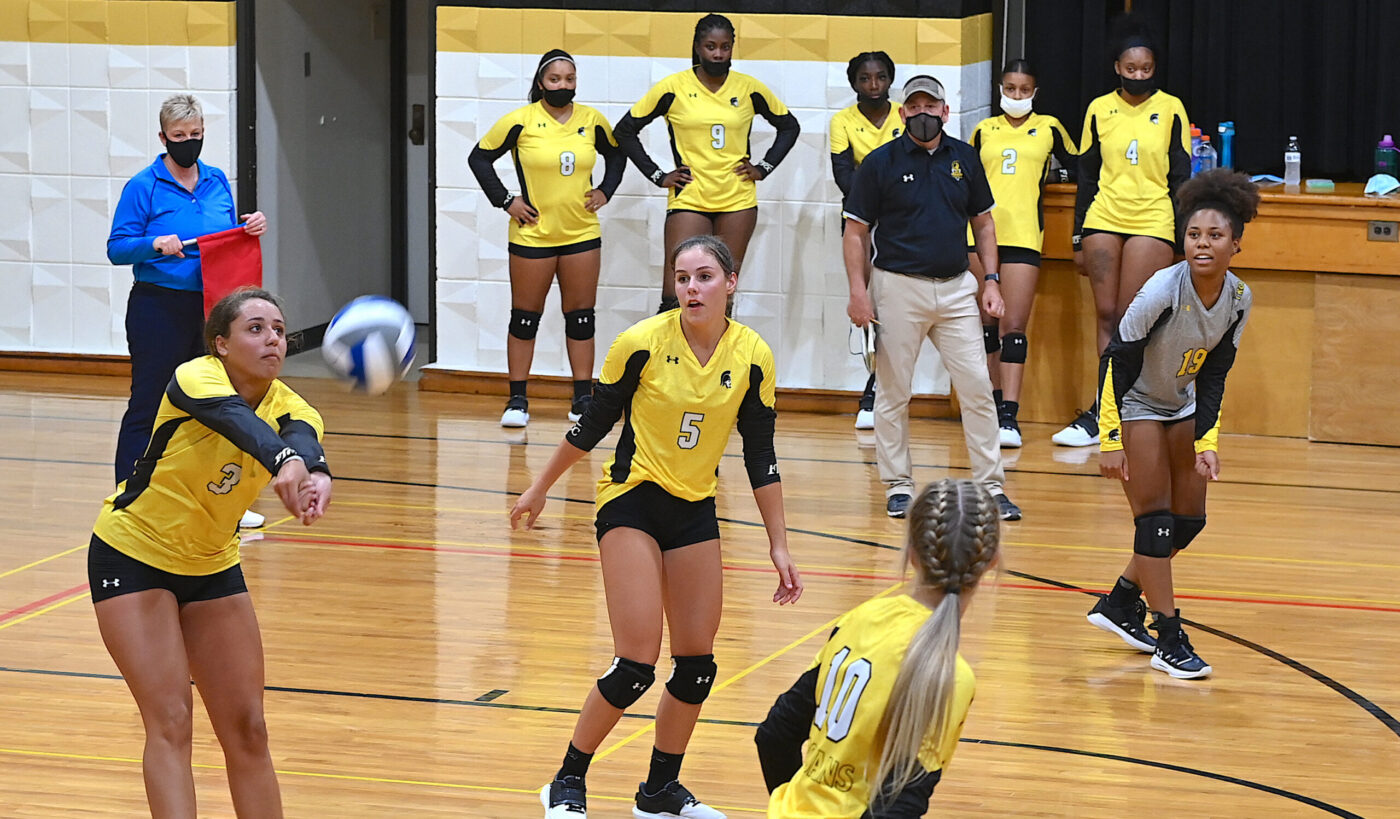 FAYETTEVILLE, N.C. — Fayetteville Tech volleyball notched a pair of wins Saturday in the Trojans’ lone home tri-match of the season.

The wins extended the Trojans’ winning streak to eight games, improving their record to 16-2 overall and 8-2 in the Region 10 Division II East.

The Trojans continue to hold third place in the East standings, behind leader Cape Fear CC and second-place Richard Bland.

FTCC will host a pair of divisional opponents this week, welcoming Louisburg on Tuesday and Wake Tech on Thursday. Both matches start at 6 p.m.

The Trojans then hit the road for a stretch that will include key matches against the top contenders in the East. FTCC goes to Richard Bland for a tri-match Saturday, Oct. 16, and then to Cape Fear CC on Oct. 19 before concluding the regular season at home against USC Union on Oct. 22.

Brady turned in another double-digit performance against the Lancers, notching 10 kills. Sophomore Sonjai Guiles and freshman Sydney Conklin each had three block assists. Woosley had 28 assists.