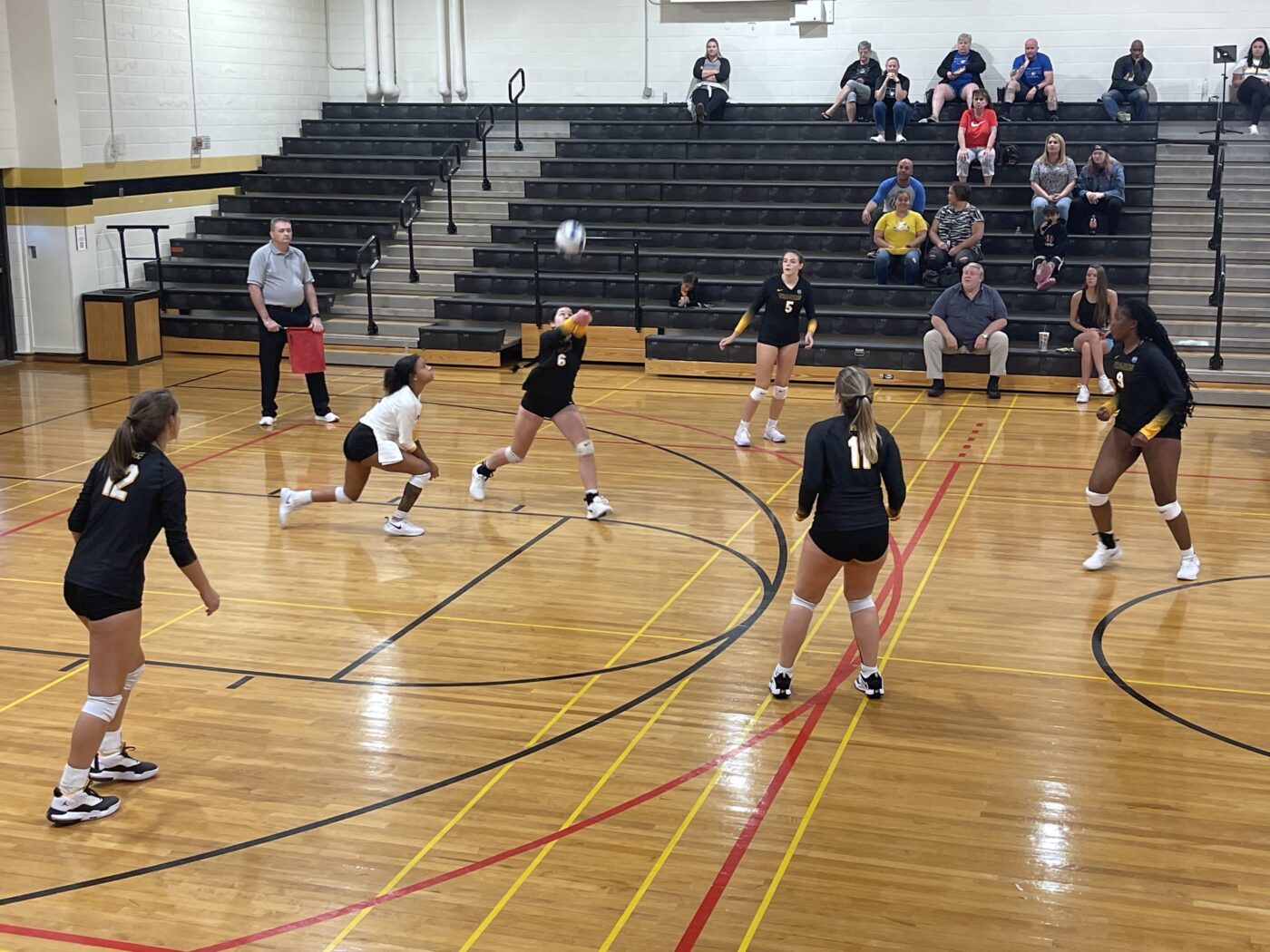 Volleyball Splits to End the Weekend

Volleyball played a tri-match on Saturday with Richard Bland and Denmark Tech. The Trojans ended up going 1-1 on the day improving to 11-5 on the season and 3-2 in conference play.

The first game was against #5 ranked Richard Bland. The Statesmen started off strong in set one only allowing the Trojans 7 points. FTCC bounced back in set two with more energy starting off with a block from Sonjai Guiles (Georgetown, SC) and Eternitie Denton (Fayetteville, NC) to score their second point of the set. They caught a couple breaks by some service errors from Richard Bland to get the ball back and then made a run with some kills. The kills came from Morgan Brady (Fayetteville, NC) and Hannah Spexarth (Fayetteville, NC) making the score 8-13. Spexarth and Guiles had a big block before turning the ball back over to Richard Bland until another Statesmen service error made it 10-17. Sydney Conklin (Fayeteville, NC) and Brady each had a kill and Guiles added another block to finish the set just in reach of #5 Richard Bland. Set three was similar to the second with a close fight from the Trojans. Denton, Brady and Conklin each had kills for their team and Guiles and Denton added a block in set three.

The second game for the Trojans was against Denmark Tech from South Carolina. FTCC started off strong and did not stop, not allowing the Panthers over 9 points in any set. The offense was lead by Denton with 6 kills, Guiles with 5 kills and Rion Caldwell (Florence, SC) with 5 kills. The Trojans ended with 28 service aces, Spexarth and Kailey Ann Strickland (Fayetteville, NC) each had 6. Caldwell, Brady and Destinee Harriott (Fayetteville, NC) added 3 more aces each. The Trojan defense was lead by Woosley with 5 digs and Harriott with 4. Brady had the only block for the Trojans.

The Trojans are back on the road this week traveling to Pitt Community College on Thursday at 6pm and USC Union on Friday at 6pm.