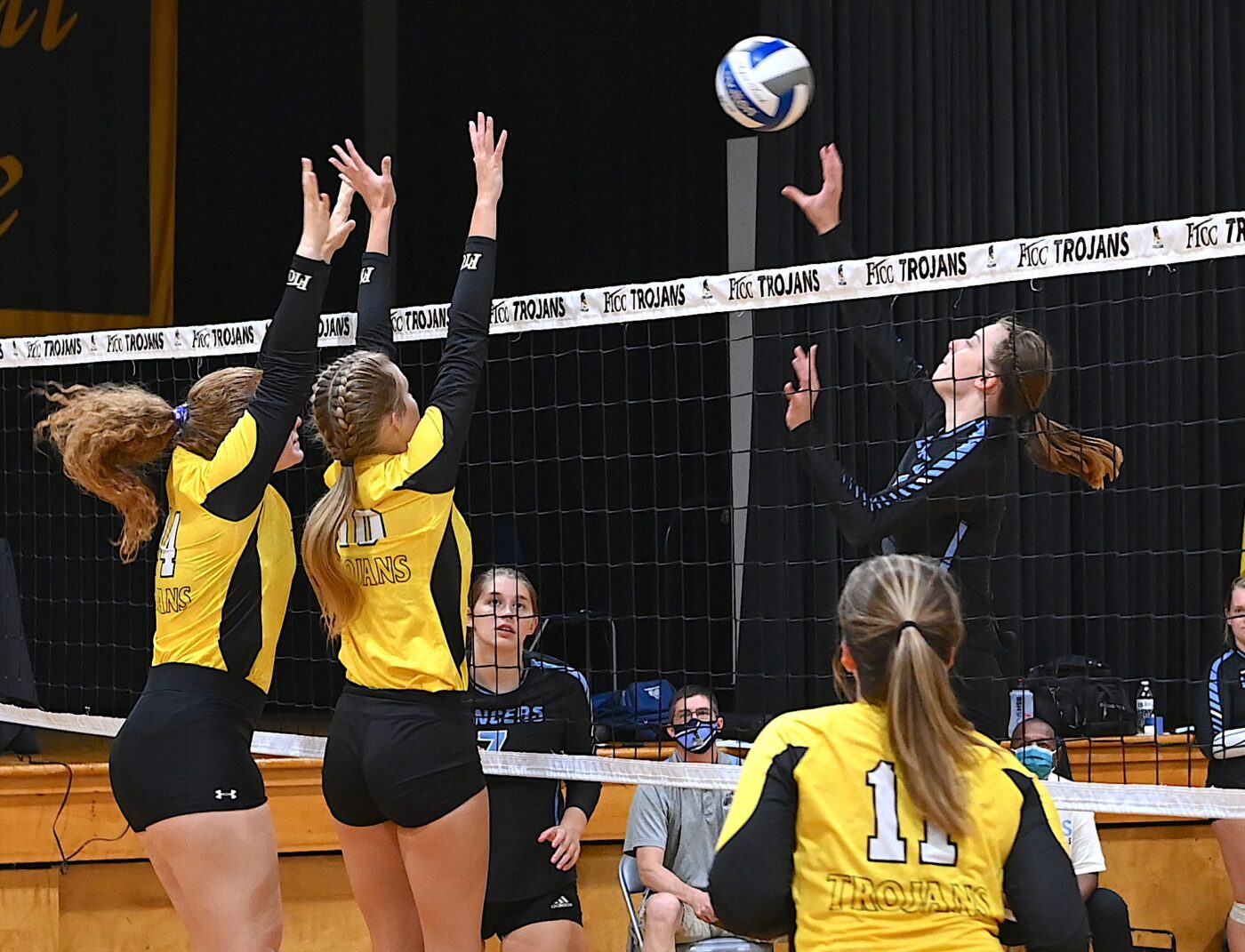 Volleyball traveled to Lancaster, South Carolina on Saturday to compete in a tri-match with USC Lancaster and Spartanburg Methodist. The Trojans split on the day with one win and one loss giving them a 8-3 record on the year so far.

In the first game, the Trojans played region 10 opponent USC Lancaster. They dropped the first set by 2 points but bounced back strong taking the next three sets from the Lancers.

In game two, the Trojans were matched with a NJCAA D1 opponent Spartanburg Methodist from Saxon, South Carolina. They were competitive in every set, but fell short to the Pioneers.

Brown led her team again on defense with 14 digs in the match. Spexarth and Brady contributed 6 kills each, Woosley had 21 assists.

Volleyball is on the road one more time before coming home to play four games in Horace Sisk. They travel to Cape Fear Community College on Thursday, Sept. 15 for their second conference match up of the year.
Full Schedule