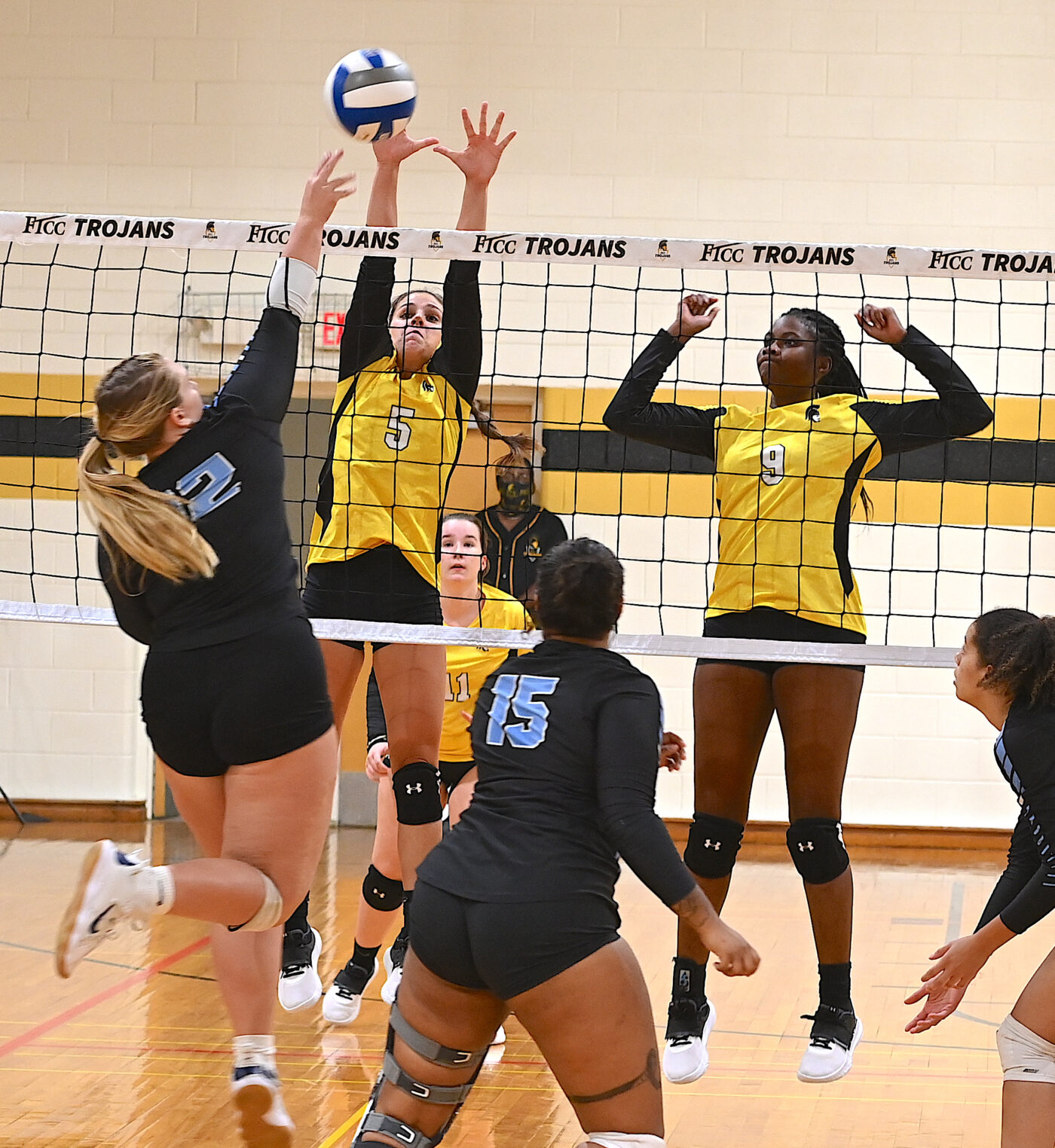 After four weeks on the road, Volleyball returned home last night for a conference match with Louisburg College. The Trojans took all three sets from the Hurricanes making them 2-1 in conference play.

Hannah Spexarth (Fayetteville, NC) started out hot for the Trojans and never slowed down with 11 kills on the night. She ended set one with a kill for the final point to push the energy for the Trojans into set two.

The Trojans took set three and ran with it, scoring five points before the Hurricanes got on the board. The set started with kills by Denton and Spexarth, a block by Guiles and a service ace by Spexarth to get the crowd hyped up for the rest of the game. The Trojans had some big plays by Aliyah Brown (Fayetteville, NC) to make a running save, a smart tip by Jaqueline Woosley (Fayetteville, NC) and some more kills by Brady and Rion Caldwell (Florence, SC). The game ended by a final kill by Spexarth.

The offense was led by Spexarth with 11 kills and Brady with 9 kills. Olivia Johnson (Wilmington, NC) had 2 service aces against the Hurricanes.

The Trojans are back home in Horace Sisk Gym Friday night with another conference game against Bryant & Stratton at 6pm. They also will be hosting a tri-match this Saturday with #5 Richard Bland and Denmark Tech.
Full Schedule