Naylor, a first baseman, and Smith, who plays second base, were named to the first team. Lewis, the Trojans center fielder, made second team.

All three have been top offensive producers for the Trojans.

Smith and Naylor each recorded 11 extra-base hits, and the second baseman notched seven doubles, tops in the Trojans’ lineup. She finished with a .351 average.

Lewis led the team in batting with a .368 average and slugged .516. She legged out three triples and five doubles.

The All-Region honorees were recognized at a banquet in Burlington on Wednesday, May 8, before the start of the District II Region 10 Tournament. 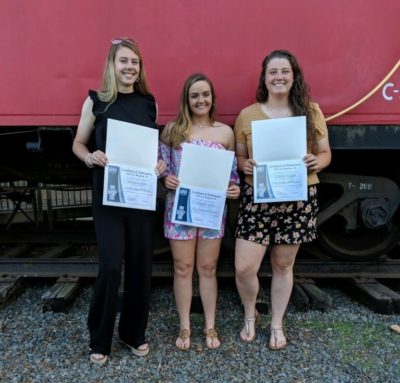