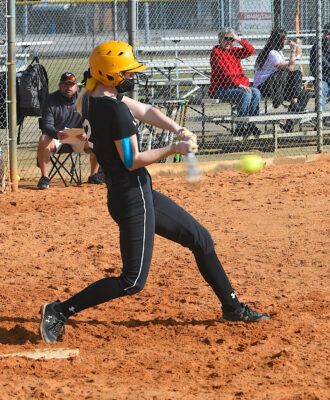 After dropping the first game 10-2, the Trojans rebounded with a spurt of hitting and an error-free defensive effort to win the second game 14-10.

Sophomore shortstop Chloe’ Radford recorded a grand slam in the second inning, part of a five-run frame that put the Trojans out in front 7-1.

Radford added a solo home run in the seventh inning, part of a 4-for-5, five-RBI showing at the plate for the sophomore.

The Trojans improved to 1-1 in the Region 10 Division II East. They’re scheduled to face Louisburg College on the road Saturday, March 20, for a doubleheader starting at 1 p.m.