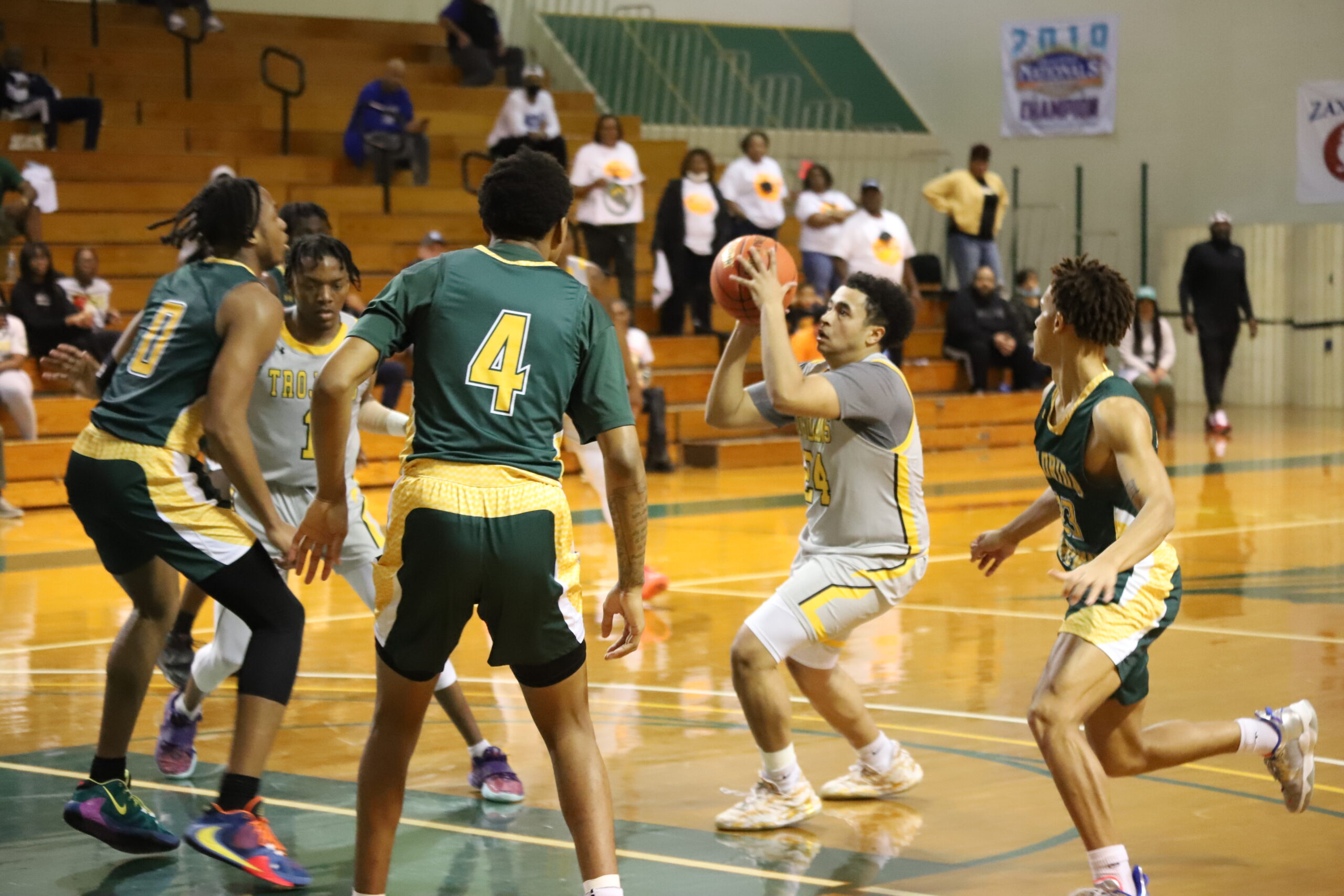 Men’s Basketball with a 3-0 Start

Men’s Basketball traveled to Methodist University last Wednesday to play the Methodist JV team. The Trojans came out on top 88-60 giving them two wins to start their season. Over the weekend, they traveled to Lenoir Community College for their first conference match up of the year. The Trojans beat the Lancers 76-44 to improve to 3-0 and 1-0 in conference.

The Trojans offense was led by Jamauri Bryant (Washington, NC) with 13 points. Bryant went 5-6 from the free throw line with 6 rebounds, 1 assist and 1 steal. Rayvon Moncrieft (Greene County, NC) and Jeyvian Tatum (Killeen, TX) were close behind with 10 points each.

The defense was led by Bryant & Jones with 6 rebounds each.

The Trojans traveled to Kinston, NC to face the Lancers of Lenoir CC for their first conference game of the season.

Bryant had his highest scoring game of the season so far with 25 points. He also led the defense with 12 rebounds and had 4 assists. Potter had 10 rebounds and 8 assists for the Trojans. Jones had another 2-2 showing on the free throw line.

Men’s Basketball’s next game is Wednesday, November 16 at home for Trojan Spirit Night! They will be facing conference opponent Davidson-Davie CC at 7pm.