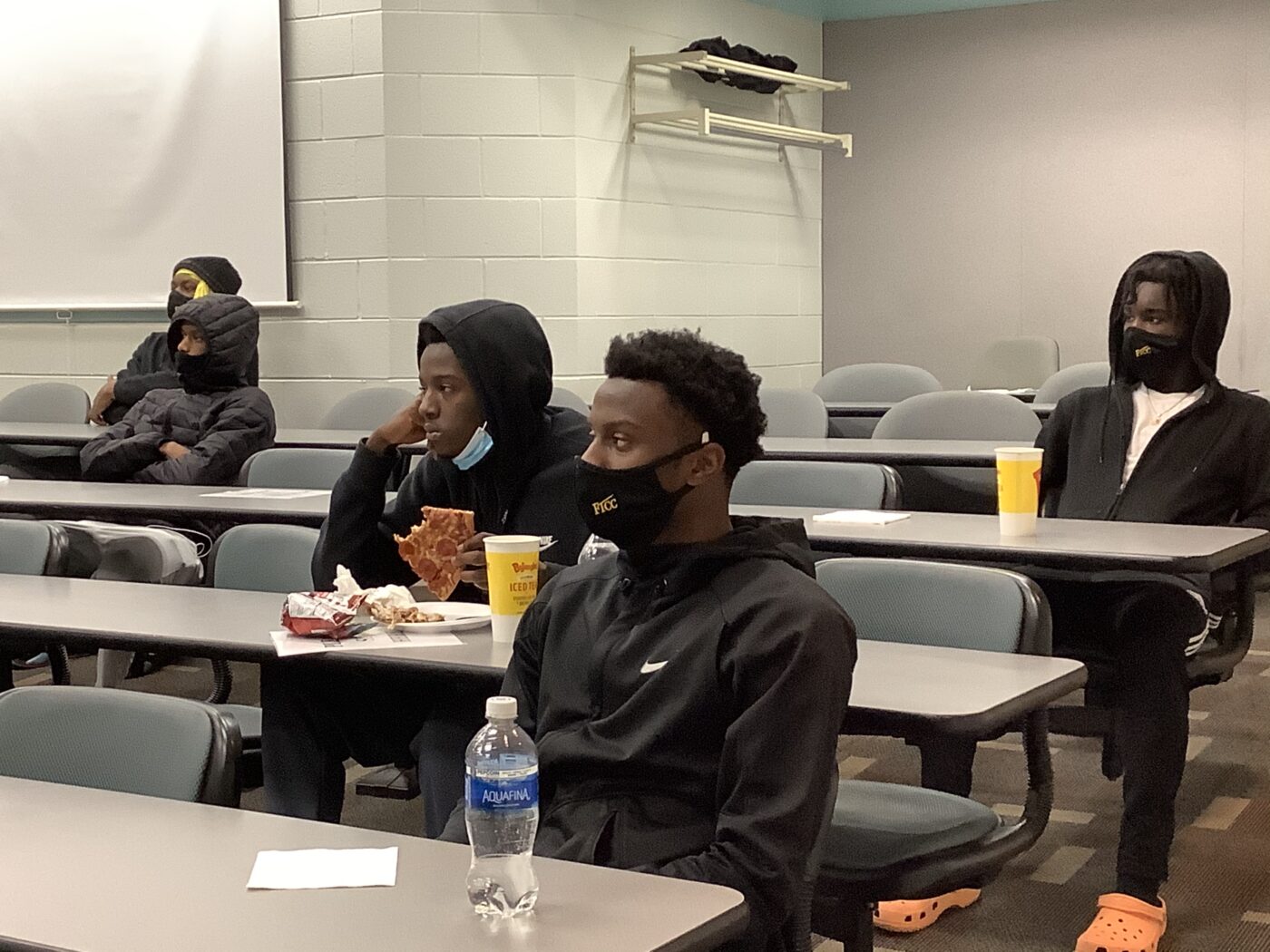 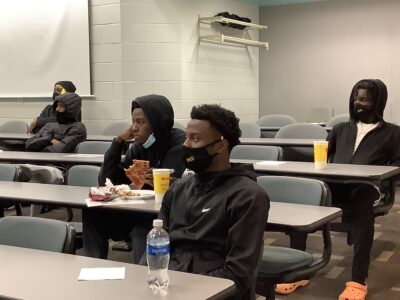 The Trojans aren’t seeking the typical clear passing lanes or uncontested layups expected from collegiate basketball players. Instead, the players are thinking bigger.

This particular team meeting, held in a classroom a campus-length away from the team’s practice gym, is a session of what head coach Brian Hurd calls a life skills class.

“This is about what it takes to live day-to-day as an adult,” Hurd said.

The class is a weekly meeting, often featuring a guest speaker, in which the Trojans learn lessons that will stick with them long after their playing days are done. The topic discussions have ranged from discipline and teamwork, delivered by military veterans, to personal finance and credit, led by a local bank manager.

Hurd credits assistant coach Deshawn McCain with planting the seed for the class when McCain approached Hurd months ago with an idea for a once-a-week meeting dedicated to team bonding.

From there, Hurd, McCain and assistant coach Alexander Wright Jr. sat down to work up a curriculum for the class.

“We’ve had each of the players stand up and tell stories about where they come from, what their background is and open up to their teammates,” Hurd said. “It got them out of their comfort zone at first, but once they did, it made the team bond stronger.”

Pastor Charlie Hickman of 3D Community Church in Harnett County has been a fixture at the class. Hickman, a lifelong friend of Hurd, has years of experience teaching in the prison system and in high school classrooms.

“I think there are two ways people learn — in the classroom and then by their mistakes, and I’ve done a lot of learning from my mistakes,” Hickman said. “And one of the things that I’ve learned is that school can educate you, but it might not teach you a lot about life.” 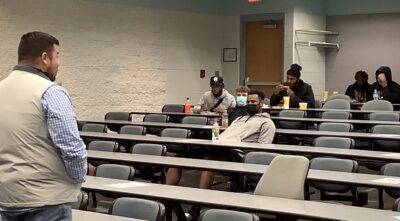 Hickman mixes lessons from his own experiences with established systems of personal and professional development.

He spent two recent sessions leading the players through a SWOT analysis, a system used to help organization identify strengths, weaknesses, opportunities and threats. He’s also explained an amortization chart for auto loans and discussed the importance of retirement planning.

Freshman Marquail James said the lessons focused on personal finance stuck out to him with material that he expected to learn later on in life.

“Being able to manage money and budget it, understanding gross income,” James said. “That was a lot of new material.”

For Cody Peyton, a red-shirt freshman, said the team-building developed through the class has been the most valuable asset.

“We’ve been able to bond as a group a lot better,” Peyton said. “We had an opportunity to go help the pastor at his church with a revival that he had there, and we had a good time as a team doing that.”

To Hickman, those bonds are the larger lesson.

“I love it because we’re building relationships,” he said. “I told Brian that I didn’t mind doing whatever would help his team, but let’s build some relationships while we do it.”