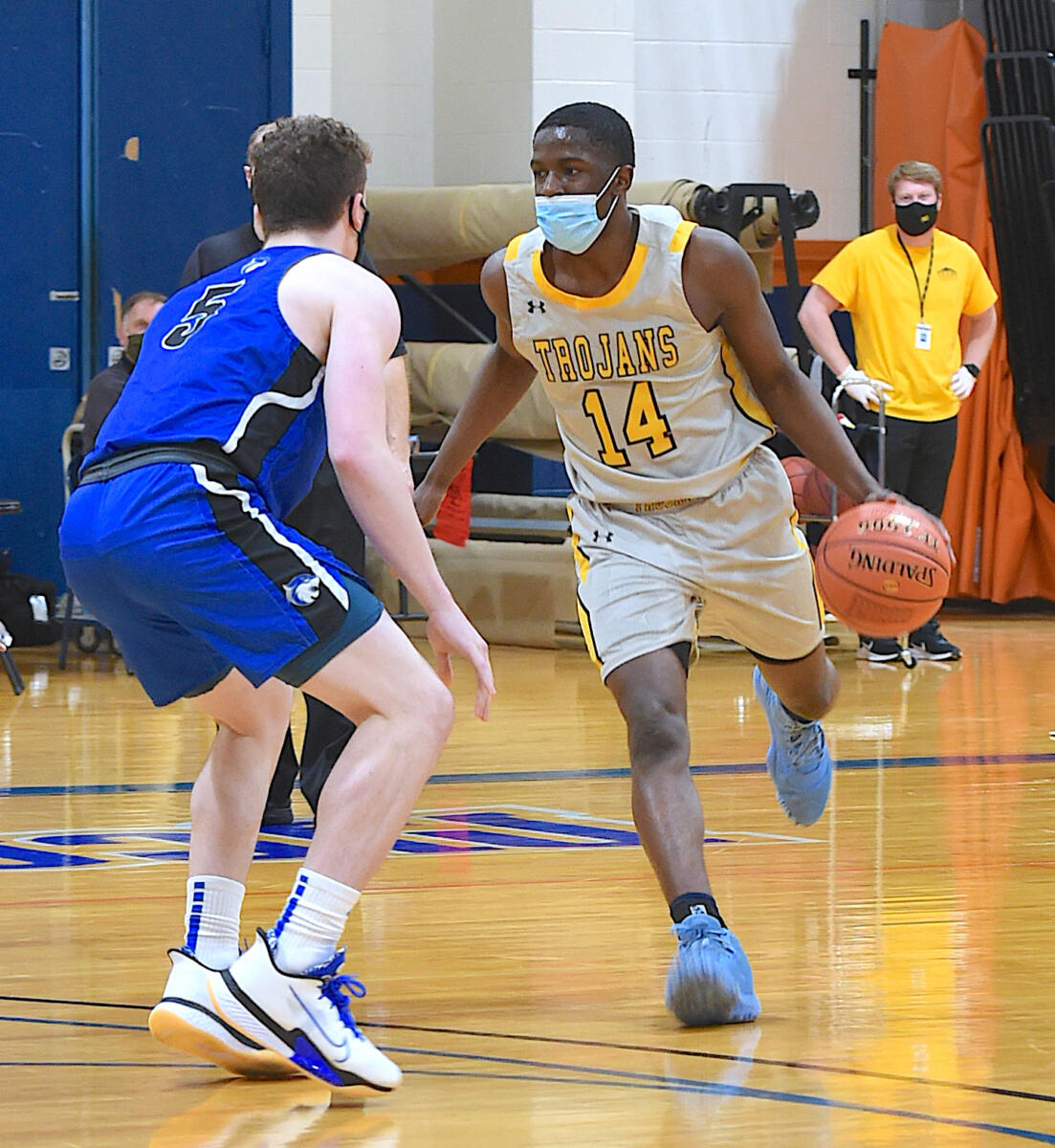 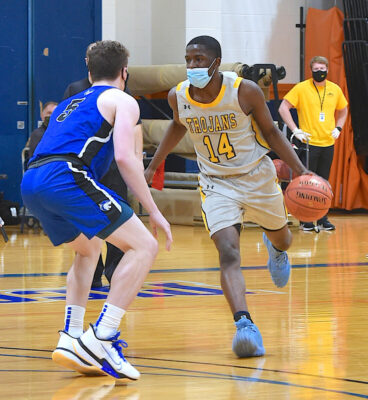 Adam Carey led the Trojans with 21 points in the team’s 74-56 win over Catawba Valley. [FTCC photo by Brad Losh]

The Red Hawks, ranked No. 18 in the latest NJCAA poll, are the highest ranked team toppled by FTCC in the Trojans’ five-year history.

The Trojans dedicated the win to head coach Brian Hurd, who was absent to attend his grandmother’s funeral. Assistant coach Deshawn McCain steered the Trojans in his stead.

FTCC was powered by double-digit performances from Adam Carey, who led the Trojans with 21 points, and JeKael Gay, who tallied 20.

The Trojans led the entire game, stretching their early lead to a 35-28 halftime advantage.

The Red Hawks threatened midway through the second half, pulling to within a possession with just over 10 minutes left to play. But the Trojans made good on a series of late Red Hawk fouls and strong free-throw shooting from Carey and Gay.

The victory is the Trojans third of the week and improves the team’s mark to 4-1.