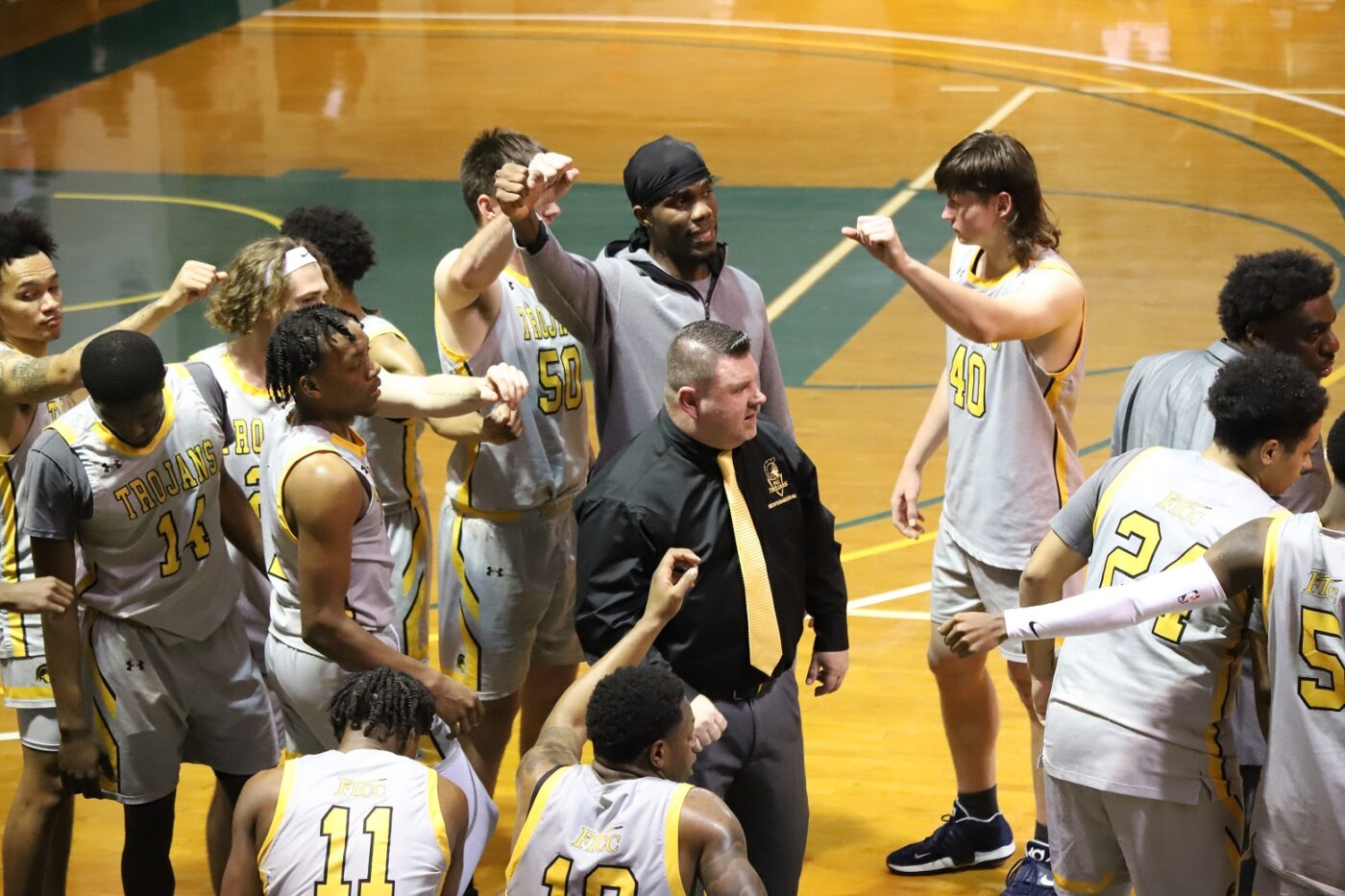 The Trojans fell short in both games finishing the season 20-10 overall and 16-6 in conference play. Securing 20 wins on the season gave the 2021-22 team the most win’s in program history in one season.

George Jones Jr. finished his sophomore season with 375 points, the highest on the squad for the season. Jeremee Bryant ended his season with 186 rebounds giving him the most for the season and taking the second spot in the school record book for single season rebounds. Sophomore, Chance Minott, had 99 assists on the year which puts him in the second spot for the single season school records for assists.

As a whole, the team finished with 2330 points, 1135 rebounds and 417 assists in 30 games. Coach Hurd received Coach of the Year at FTCC this year, for the success and his dedication to the men’s basketball program.

The men’s basketball team has three players moving on to continue their athletic careers at 4-year universities.