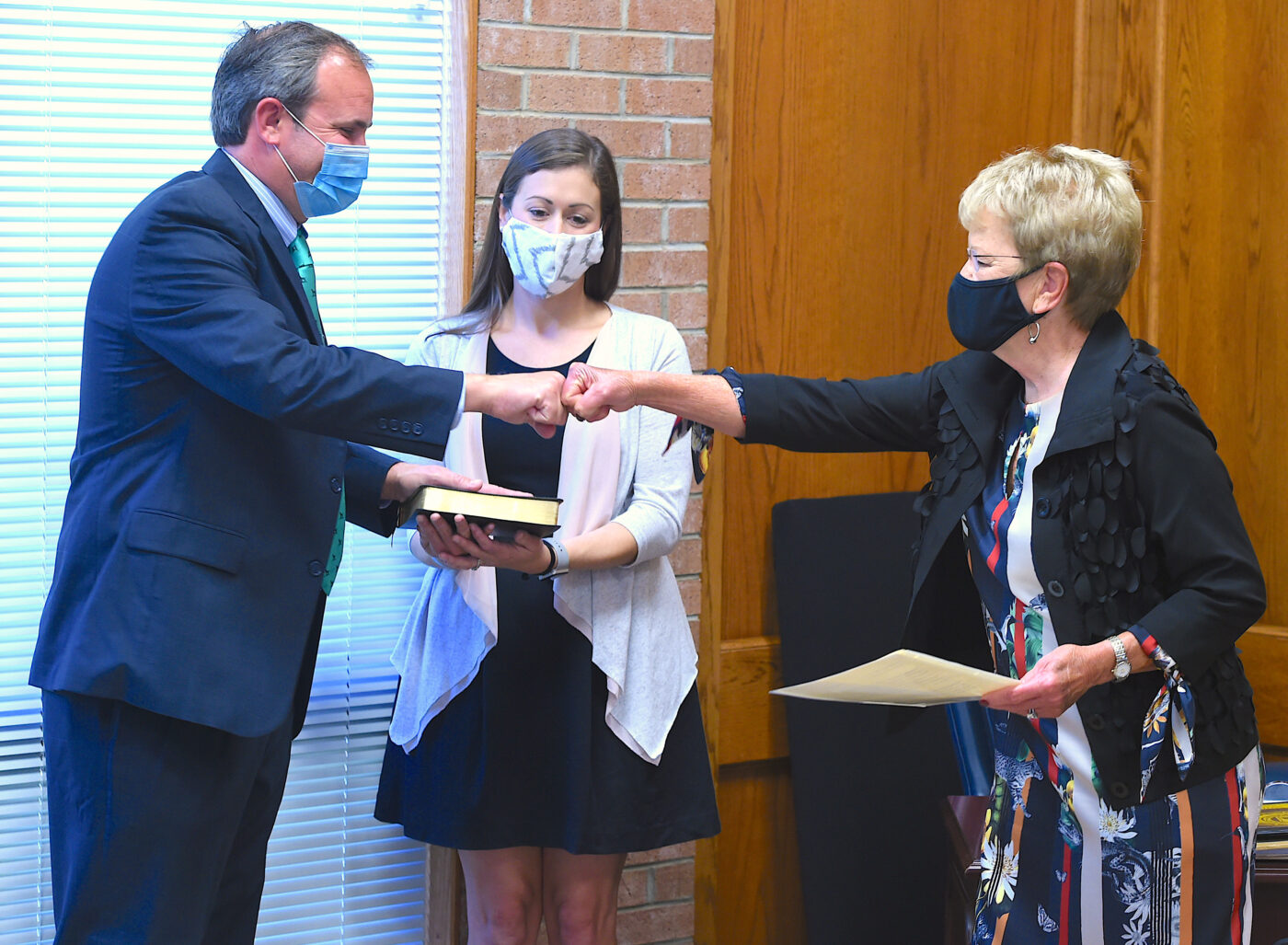 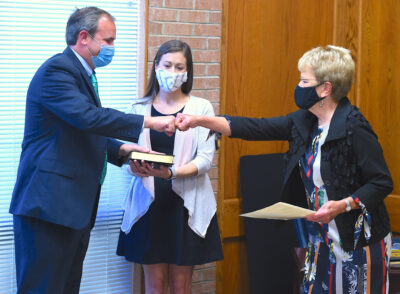 Fayetteville attorney Lockett Tally is congratulated by his mother, Cumberland County Superior Court Judge Mary Ann Tally, after being sworn in by her as a new member of the Board of Trustees at Fayetteville Technical Community College. Carol Ann Tally, his wife, held the Bible during the ceremony at the beginning of the board’s monthly meeting on Sept. 21. [Photo/Brad Losh]

Fayetteville attorney Lockett Tally has joined the Board of Trustees at Fayetteville Technical Community College.

Tally, who was appointed to the four-year term on the board by North Carolina Governor Roy Cooper, was sworn in at the board’s monthly meeting on Sept. 21. His mother, Superior Court Judge Mary Ann Tally, administered the oath while his wife, Carol Ann, held the Bible. 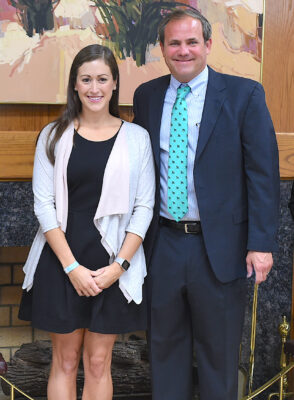 Tally is the managing partner at the law firm of Tally & Tally in Fayetteville. He practices real estate, criminal and estate planning law. He earned his bachelor’s degree in political science from Wake Forest University and his juris doctorate from Samford University’s Cumberland School of Law in Birmingham, Alabama.

The Tally family has lived in Fayetteville for generations. Lockett Tally’s grandfather, the late Joe Tally, was a mayor of Fayetteville, and his grandmother, the late Lura Tally, served five terms in the N.C. House and 12 years in the N.C. Senate. She is one of nine individuals recognized as an honorary trustee of FTCC. 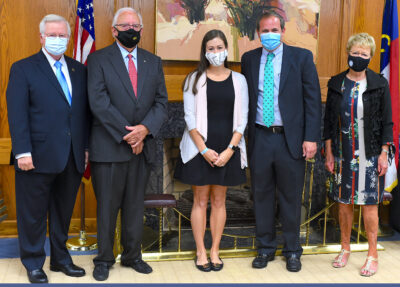