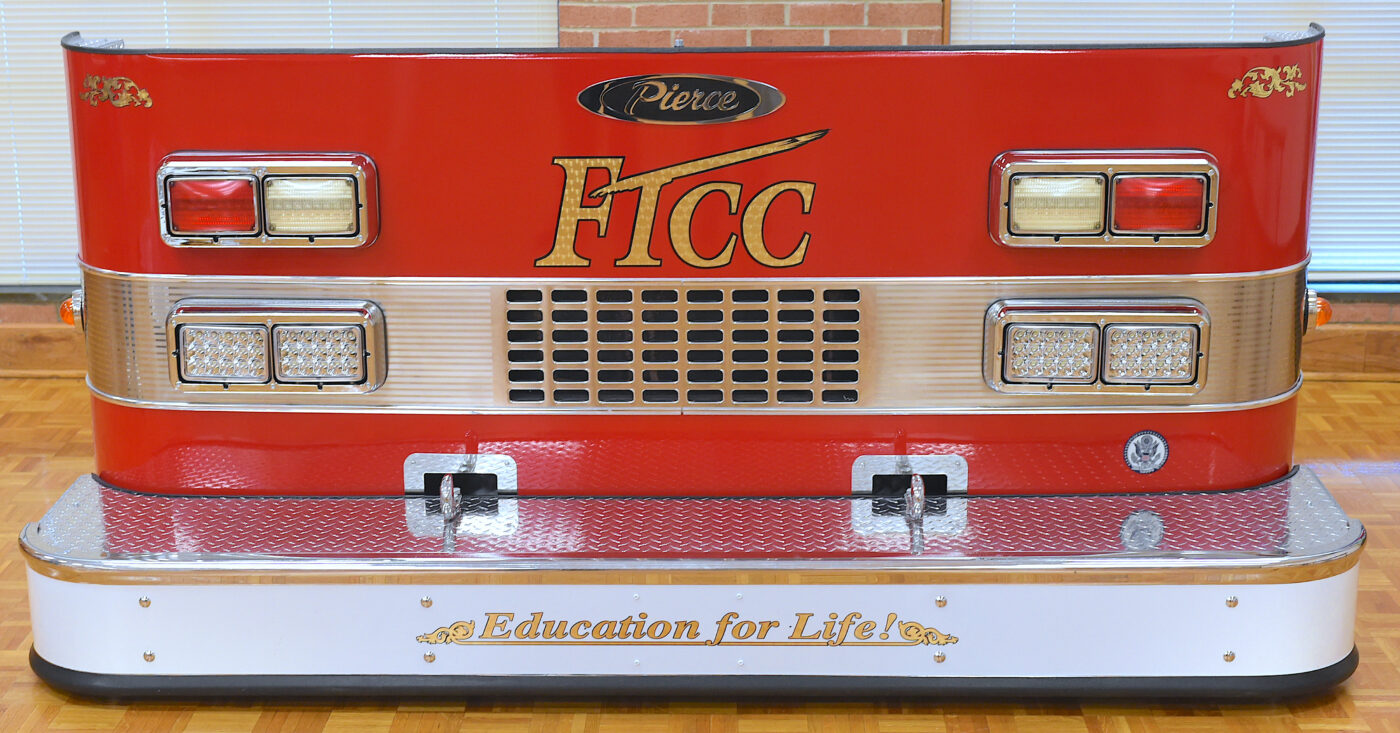 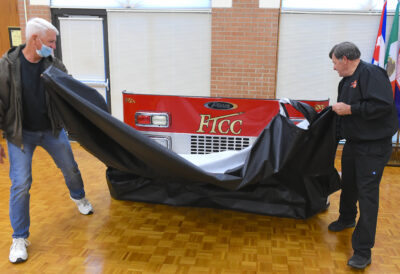 Stoney Point Fire Department Chief Freddy Johnson Sr. surprised Keen Friday with the gift of a podium that’s made from the front end of an actual fire truck. To Keen’s delight, the podium includes working headlights, flashers and “wig wag” lights, as well as a working horn.

“When I get to punch those lights and buttons, it’s the coolest thing I’ve ever done,” he said. “I am absolutely excited about this, and so appreciative.” 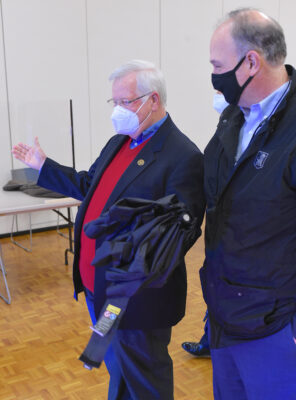 FTCC President Dr. J. Larry Keen’s reaction to the unveiling of the podium made from a decommissioned fire truck, gifted by Stoney Point Fire Department. Here he stands next to Cumberland County Commissioner Jimmy Keefe who is also a fire commissioner. [Photo/Brad Losh]

The bright-red podium, currently housed in the multipurpose room of FTCC’s Tony Rand Student Center, was crafted from the front end of a decommissioned 1984 Pierce International Pumper Tanker. It includes the FTCC logo and an FTCC motto, “Education for Life!” It was created by Stoney Point Fire Maintenance Officer David Stewart, who began working on the project at Johnson’s direction in September. He completed it Thursday.

Johnson, Stoney Point’s fire chief since 1980, recalled the moment he knew the unique podium would make a perfect gift for Keen.

“In 2019, we held our department Christmas banquet here for about 300 people,” said Johnson, who is also president of the Cumberland County Fire Chiefs’ Association. “I had a podium made from a fire truck, and [Keen] loved it so much. I picked up on it. We took another [decommissioned] truck out, and did the same thing.” 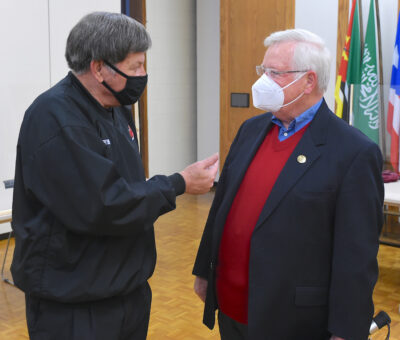 Keen had no idea the gift was in the works. When Stewart completed the podium, Johnson arranged with FTCC personnel to bring it to the student center without alerting Keen. The College president was then lured to the room on a work pretense. He was astonished, and pleased, at who and what he found there.

Over the last five years, Johnson and Keen have worked together closely to support fire and emergency service providers in Cumberland County. A key effort is the Fayetteville Technical Community College-Cumberland County Regional Fire & Rescue Training Center, planned for the intersection of Corporation Drive and Tom Starling Road. The center, a partnership between FTCC and the county, would provide specialized fire and emergency training. The first of its sort in eastern North Carolina, it would alleviate long travel and waits for training. The closest similar center is in western North Carolina. The wait list for some of its there surpasses a year. 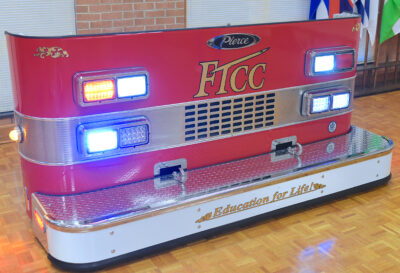 A picture of the working lights on the fire truck podium which are LED. [Photo/Brad Losh]

“This will be the premium center in eastern North Carolina,” said Cumberland County Commissioner Jimmy Keefe who also serves as a fire commissioner. Keefe, who attended the presentation of the podium, said: “Dr. Keen saw a need for this center early. This [podium] is just an appreciation to FTCC for their support.”

The podium will be housed at FTCC’s Fayetteville campus until the fire and rescue training center opens in 2022. Keen said he’ll think of Johnson, Stewart and Stoney Point Fire every time he sees and uses the gift.

See more photos from the surprise reveal on the College’s Facebook page here. 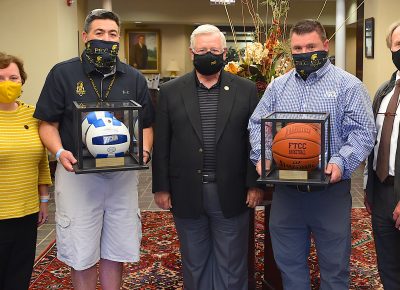 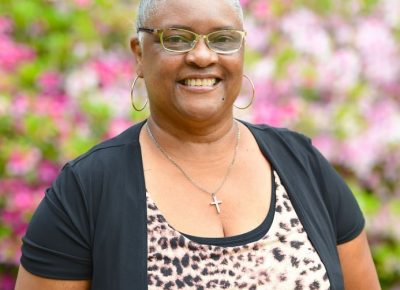 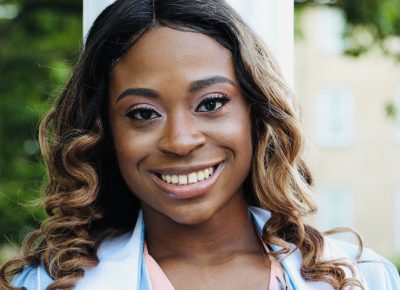