Amanda Colores’ journey at Fayetteville Technical Community College has taken her from student to graduate to staff member.

Now Colores, who celebrated eight years as a FTCC employee this week, is the Administrative Assistant/Coordinator of Events to the Vice President for Facilities and Support Services.

When Colores arrived in North Carolina in 2014, she was a single parent of 1-year-old twins fresh off of a divorce with a lengthy gap in her work history.

She had completed school to be a dental hygienist. But she learned when she arrived in Fayetteville that the school she attended was unaccredited, meaning she wasn’t licensed in North Carolina and none of her credits were transferable.

Uninterested in starting from scratch in a course of study she’d already completed, Colores pivoted from the dental field and enrolled in FTCC’s Basic Law Enforcement Training.

She excelled in the classroom portion but struggled with the physical demands. At the suggestion of one of her instructors, she decided to play to her strengths and enroll in the curriculum program to pursue an associate degree in Criminal Justice.

“I had a great support system,” said Colores, who lived with her parents at the time and utilized a federally funded program to cover childcare costs while she was in school.

“The program assisted in paying for daycare services while I was a full-time student,” Colores said. “There was an application process. You have to start early. I was able to get in. And it’s not just, ‘Here, we’ll pay for daycare.’ There are projects. You have to maintain a certain GPA. You have to do community service.”

Colores also applied for a work study program, working at FTCC’s Public Safety and Security office where she hoped to get a job full time after her graduation.

After a brief stint as a contracted site supervisor in the office, Colores was hired as lieutenant in March 2016.

During this time, Colores remarried and expanded her family. With two more children at home, Colores set her sights on a job with regular hours. She found it in the senior secretary role in the Security office.

Colores then transitioned to her current role.

“When I first came to FTCC, I didn’t think it was going to be my future,” said Colores, who said she wants to help other people starting their journey at FTCC. “I want to help them make their time a success.” 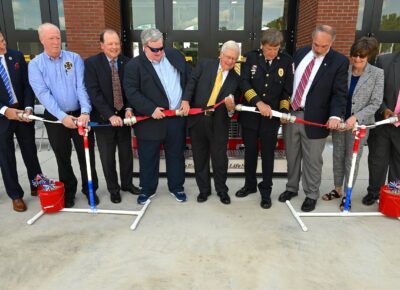 Fayetteville Tech names Dr. Mark A. Sorrells as next President 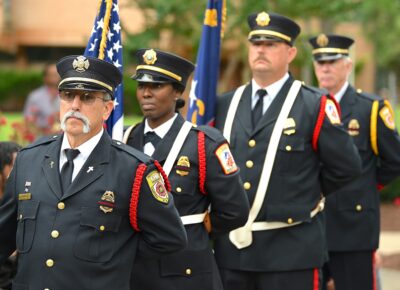 By Jaclyn Shambaugh
Fayetteville Technical Community College held its annual 9/11 Remembrance on Thursday, recognizing the heroism and sacrifice of first responders while honoring the lives lost in ...
View all
Back to Top
X