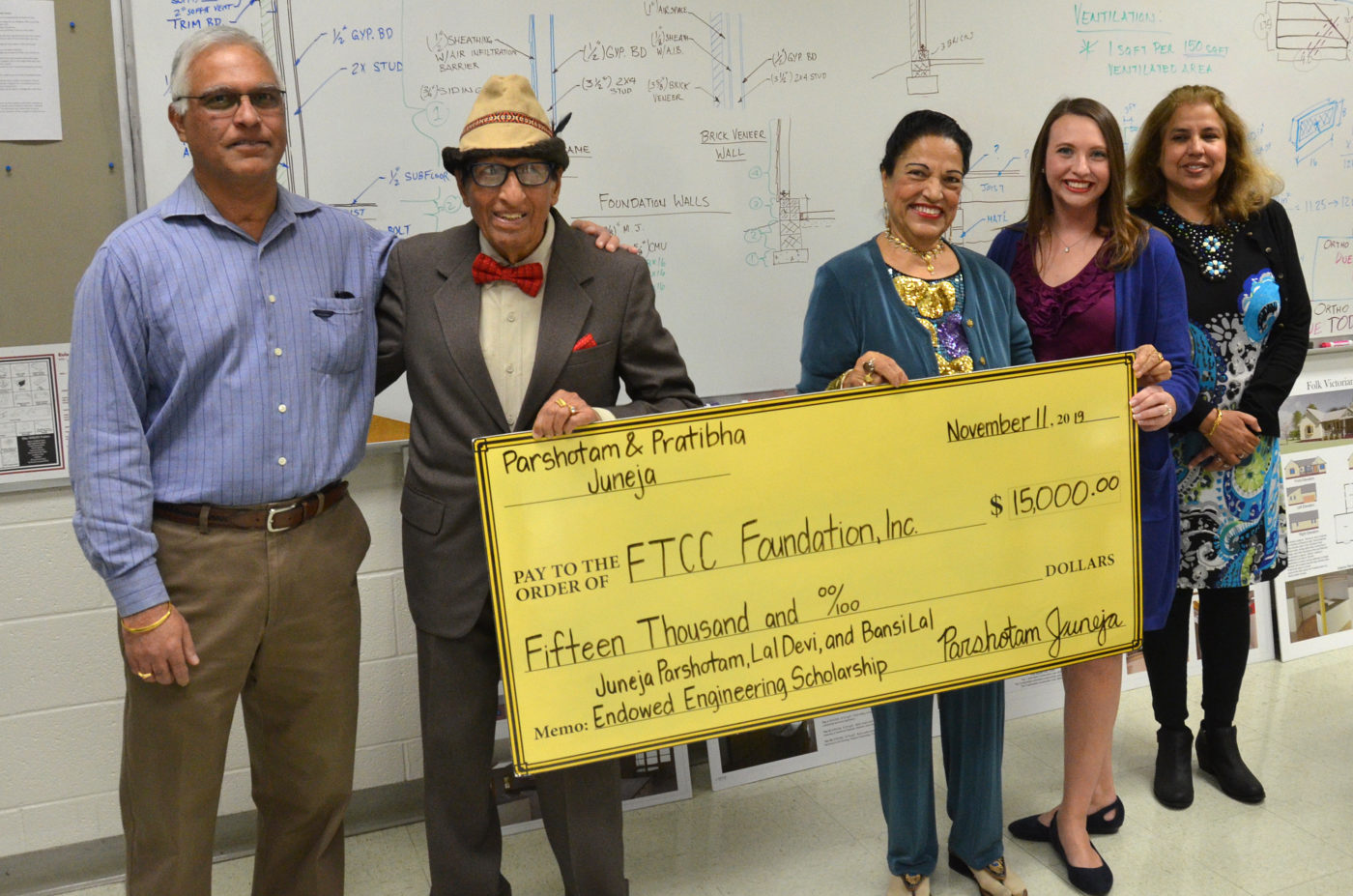 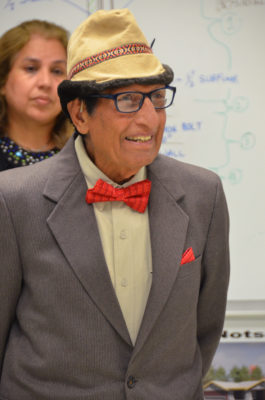 Parshotam “Paul” Juneja celebrated his 89th birthday by being the giver, not the recipient. A present that will give for years to come.

Paul and his wife, Pratibha “Rani” Juneja, gave $15,000 to create an endowed engineering scholarship at our institution. The scholarship honors the Junejas and his late parents, Bansi Lal and Lal Devi.The scholarship will be administered by our foundation. 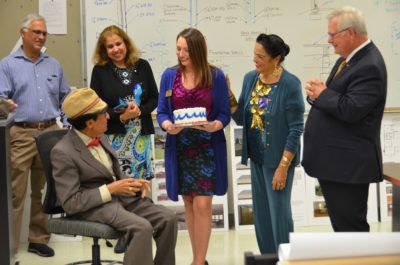 Interim Executive Director, Program & Systems Manager for FTCC Foundation Lauren Arp presents Paul Juneja with a birthday cake, commemorating his 89th birthday and the day he began an endowment scholarship at FTCC alongside his family.

Paul Juneja, a retired engineer, was born in India on November 11, 1930. He was one of eight children – seven boys and one girl – born to Bansi Lal, a math author and attorney, and Lal Devi. In 1962, Paul married Rani. They have two sons – Prateek Juneja, who lives in Fayetteville, and Puneet, who lives in Phoenix.

In India, Paul Juneja earned a Bachelor of Arts degree in Math and a degree in Engineering from BIT Sindri. He graduated at the top of his class with honors and was vice chair of the school’s hockey team. His achievements came despite a lack of interest in education in his early years. That changed when Paul encountered a teacher who took a special interest in him and encouraged him to do well, changing the trajectory of his life. 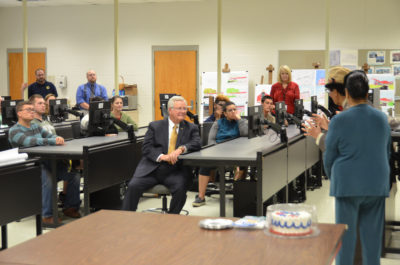 Paul Juneja, far right, standing next to his wife “Rani” speaks to FTCC President Dr. J. Larry Keen and students as he celebrates creating an engineering scholarship for students at our institution on his birthday.

In 1959, Paul was sent by the Indian government to Pittsburgh, Pennsylvania, to learn about steel manufacturing. He then returned to India and spent 15 years with the Hindustan Steel Industry.

The Junejas immigrated to the United States in 1975 with just $7. Paul Juneja was hired by U.S. Steel in Gary, Indiana, and worked there for 10 years. During that time, he earned a Master of Business Administration degree and certification in Professional Engineering. 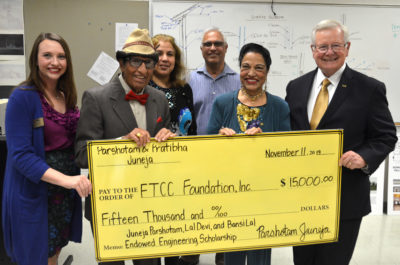 In 1985, Paul was hired by the U.S. Army as a civilian engineer. His initial assignment was in Fort Worth, Texas. He later transferred to Pope Air Force Base and Fort Bragg and retired in Fayetteville in 1995.These days, Paul enjoys reading, gardening and playing bridge. He and Rani live in Fayetteville and enjoy traveling throughout the world. 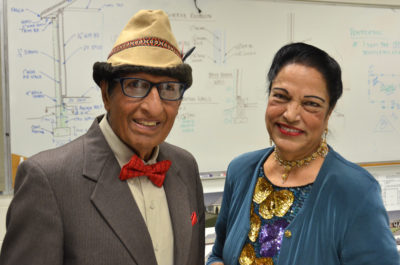