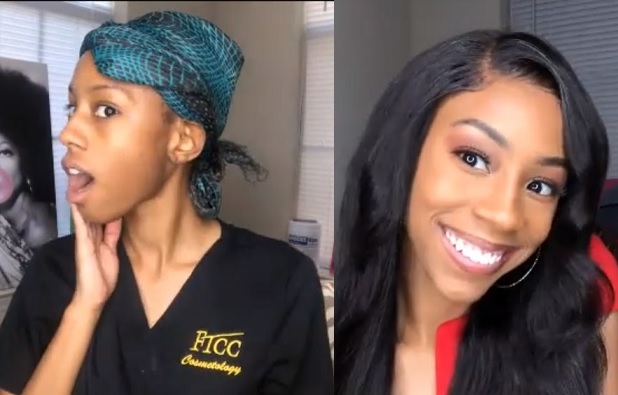 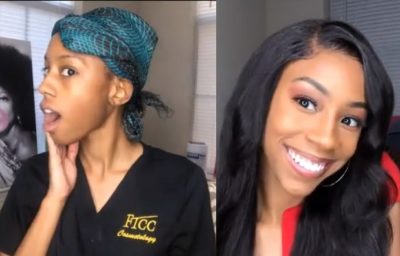 Tamaris Bryant, COS 240 student featured in the video

Students in an advanced hair-styling class at Fayetteville Technical Community College haven’t been able to meet in person since late March but completed their final exam last week in fine form – with a group video in which they demonstrated the skills they’d learned.

The video plays off the “Don’t Rush” transformational challenge that’s been sweeping across social media in recent weeks. In challenge videos, people film quick snippets of themselves – “frumpy” before looks and glammed-up after looks. It was a perfect vehicle for the students in Juanita Williams’ Contemporary Hair Design course.

In the past, Williams said, her final exam required students to do a “Total Look” photo shoot with a live model. The students had to demonstrate their hair and makeup skills and on the model and also determine the model’s outfit. An FTCC photographer would help them pull off the complete experience.

This year, though, Covid-19 forced the class to move online in mid-March.

It was a challenge. Williams, the instructor, had to figure out online methods of teaching skills such as making custom wigs from scratch. (She succeeded.)

When it came to determining an alternative final exam, the “Don’t Rush” challenge was an obvious vehicle. Eight students took before and after videos of themselves in their homes, showing off the techniques they’d learned. Val Cruchon, one of the students, took each submission and compiled them into a single video.

The original video wasn’t accompanied by the usual “Don’t Rush” song by Young T & Bugsey, featuring Headie One, but instead by Michael Jackson’s “Man in the Mirror,” which Williams said “always” plays in FTCC’s salon clinic. Non-copyrighted electronic music was substituted in the version of the video that’s being posted publicly.

All eight students in the video received an A. Two other students who weren’t able to participate will be given other projects so they can complete the course.

Williams said the video was a wonderful ending to the class for the students who were able to participate.

“Having a good time creating and getting an A for doing it doesn’t get any better for a college student in the midst of a pandemic/shut-in,” she said in an email.

Williams had a good time, too. “I love what I do,” she said.

Established in 1961, Fayetteville Technical Community College offers an affordable, convenient and high-quality education in a wide variety of programs and for a wide variety of students, including those aiming to transition into four-year college programs and those who want to learn a high-demand skill and move straight into the workforce.

Registration for summer and fall courses is underway.

Congratulations to Juanita Williams and her students in COS 240! And thanks for sharing! 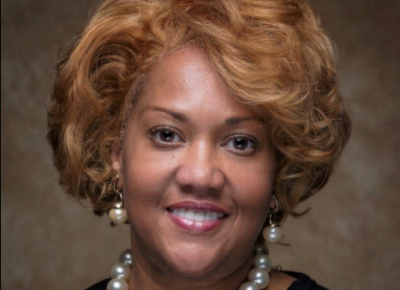 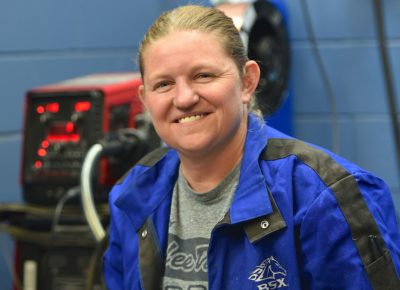 By Jaclyn Shambaugh
When Erica Klenk decided to add a welding diploma to her educational tool bag, she needed help navigating the veteran-specific benefits and enrollment process. “It ...
Fayetteville Technical Community College 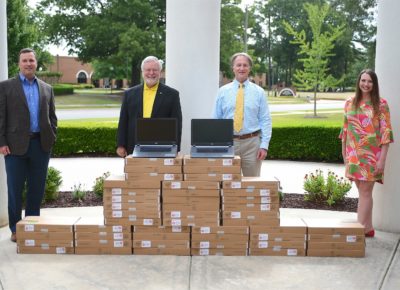 By Catherine Pritchard
The Fayetteville Technical Community College Foundation gave 50 Chromebooks to the College Thursday to boost a loaner laptop program for students. “FTCC is grateful to ...
View all
Back to Top