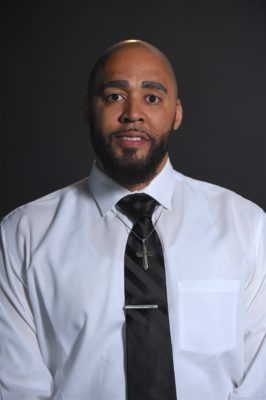 Cowan comes to FTCC from Seventy-First High School, where he served three seasons as the girls’ basketball head coach.

“I love coaching, and I think there are missed opportunities for athletes who think they might not meet the requirements to play in college,” Cowan said. “There’s a lot of talent in Cumberland County, and I think I can produce strong student-athletes at FTCC.”

Under Cowan, the Falcons posted a 48-34 record, reaching the N.C. High School Athletic Association 4-A playoffs every year and winning the 2016 Mid-South Conference Tournament and the 2017 Holiday Classic.

“He knows the talent in this area, and we put a huge emphasis on getting local athletes here,” Neal said. “He’s worked with high caliber student-athletes, and he knows the recruiting process from the other side, so we think he’ll be a real asset for in that regard, as well.”

Cowan is a 40-year-old native of Cleveland, N.C., and was a four-year letterman in football and basketball at West Rowan High School. He was a member of the 1997 2-A state championship basketball team.

Cowan has a degree in Religion from Liberty University.

Cowan and his wife, Patricia, have two children, a son, Avery, and a daughter, Samantha.

Cowan is the second women’s basketball coach in FTCC history. Eric Tucker, who coached the program from its inaugural season in 2016-17 through the 2018-19 season, retired with a 26-48 record at Fayetteville Tech.

The Trojans are coming off of a 9-15 campaign that ended with an appearance in the Region 10 Division II tournament.