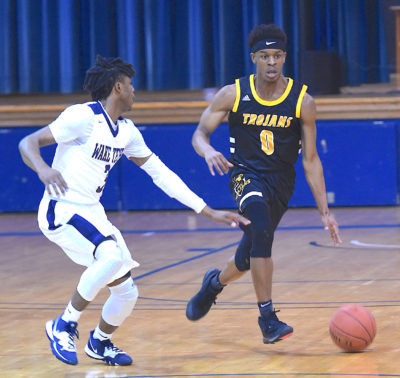 Fayetteville Tech’s Josh Haymer, who’s been a staple at point guard for the Trojans, will be staying close to home as he makes the jump to a four-year program.

Haymer announced his commitment to NCAA Division III Methodist University on Thursday, June 11. The 6-1 guard, who was born in Texas but grew up in Fayetteville, said sticking close to family and friends was a factor in his decision.

“I like having my family around and having games in Fayetteville that my family, my high school coaches and now my coaches at Tech can come to,” he said. “I really enjoyed my time at Tech, and I’ll definitely be back sometimes.”

Haymer averaged 24.8 minutes a game during the 2019-20 season as a sophomore, averaging 7.3 points and 2.8 assists while shooting a team-best 80.2 percent from the foul line.

Trojans’ coach Brian Hurd said Methodist is getting “a program guy” in Haymer.

“They’re getting a tremendous young man,” Hurd said. “Josh fought through adversity here, taking three years here including a red-shirt year after he tore his ACL.

“He’s the epitome of what success is supposed to look like at this level.” 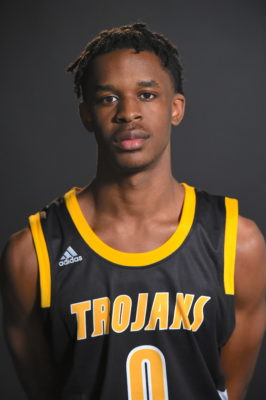 Haymer leaves Fayetteville Tech with an Associate of Arts and a certificate in computer hardware engineering and is interested in studying business management at Methodist.

Haymer will find a familiar face on the Monarchs’ roster in guard Dante Burden, whom he says is a lifelong friend. Burden led the Monarchs with 18.8 points per game as a junior last season.

That connection, as well as ongoing communication with Methodist coach David Smith, helped make Methodist feel like the right fit.

“I like that the coach there has always checked up on me the whole time he’s been recruiting me,” Haymer said. “I just liked the overall feel of the program.”