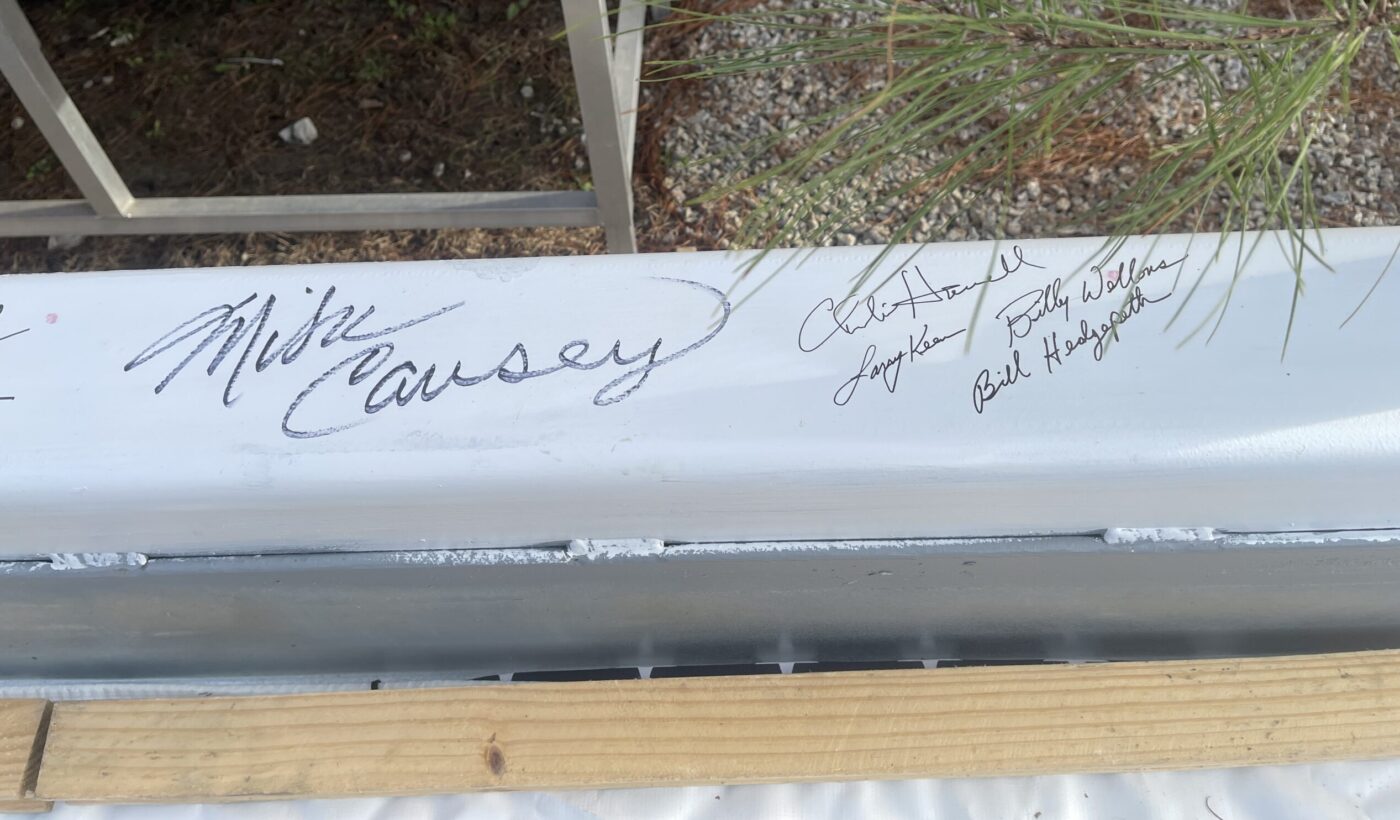 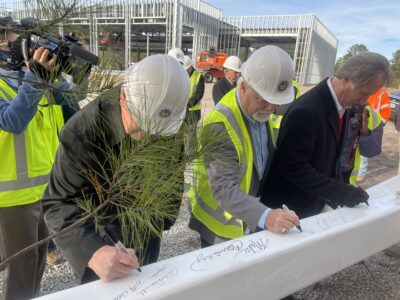 State and county officials and other dignitaries signed their names to a steel beam Monday afternoon, then watched as the beam was hoisted and installed in a building that will anchor the Fayetteville Technical Community College-Cumberland County Regional Fire & Rescue Training Center.

The training center is in its first phase of development on a 30-acre site on Tom Starling Road in the county’s industrial park.

The first phase includes an approximately 24,000-square-foot building that will house classrooms, offices, apparatus bays and simulation labs. The steel beam that was signed as part of a traditional “Topping Out” ceremony was the last beam to be installed in this building.

Topping Out is a common ceremony on large construction projects. As is traditional, a large pine branch was attached to the beam, along with an American flag and a banner identifying the project’s general contractor, Barnhill Contracting Co.

Keen said the regional training center will make a big difference in the lives of people in Cumberland County and well beyond.

“This center will provide hands-on specialized training in a wide variety of emergency situations,” Keen said. “Firefighters and first responders will be able to do their jobs more effectively and safely and their training will pay dividends to the people they are able to help.”

The FTCC-Cumberland County Regional Fire & Rescue Training Center will be a comprehensive state-of-the-art training complex for firefighters and other first responders from this county, the region and well beyond.

The North Carolina General Assembly recognized the project’s significance in its most recent session, allocating $20 million over two years for its next phase.

Besides the classroom and office building, the project’s first phase will include a 4-story training tower and a 3-story burn building where live burning exercises can be conducted.

The next phases will include other sophisticated situation-specific training areas, including an indoor Swift Water Rescue Training facility that will allow first responders and others to train year-round for increasingly common and dangerous flood and swift water situations. There is no other facility like it in North Carolina or neighboring states or in their neighboring states.

“This is a big, big, monumental project for Cumberland County,” said County Commissioner Jimmy Keefe, who has also served as the county’s Fire Commissioner. “This will help every single member of this community and help members of every community as they have better trained firefighters and emergency service personnel.”

Keen said the project is due to the partnership and hard work of many, including Cumberland County’s legislative delegation, the county’s board of commissioners, the Cumberland County Fire Chiefs Association, the state community college system and FTCC’s Board of Trustees.

“What you’re seeing here today would not be possible without the great collaboration and work of all of these people,” he said. “Thank you so much.” 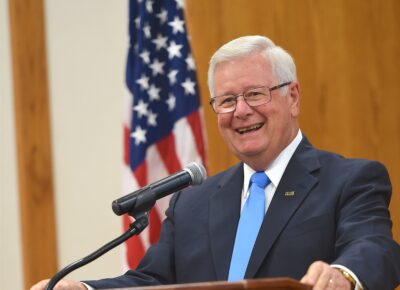 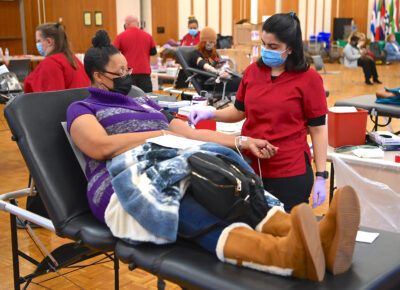 FTCC partners with ABC11 Together for Red Cross blood drive

By Jaclyn Shambaugh
FTCC was pleased to partner with ABC11 Together for a blood drive benefitting the American Red Cross of Eastern North Carolina. The Tony Rand Student ...
Fayetteville Technical Community College 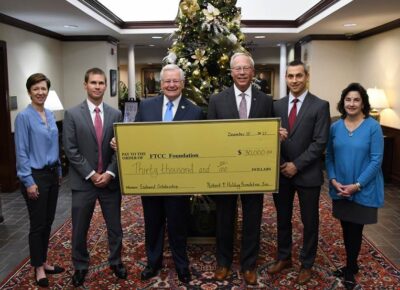