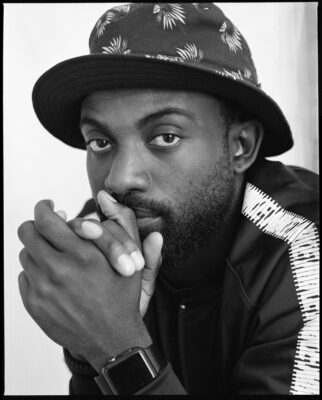 Fayetteville Technical Community College is pleased to welcome visual artist Sherrill Roland to campus 1-3 p.m. Jan. 24 for the Visiting Artist Lecture Series. Roland will deliver his presentation “Art and Incarceration” in the Tony Rand Student Center Multipurpose Room. This event is free and open to the public.

Roland, a native of Asheville, earned his bachelor’s degree and Master of Fine Arts from the University of North Carolina at Greensboro.

Since then, his work has been exhibited across the United States with recent shows in New York and Texas and an upcoming exhibition in Los Angeles.

Roland is best known for “The Jumpsuit Project,” a performance he created following his arrest and wrongful conviction while in graduate school in 2013. He spent 10 months incarcerated before his conviction was overturned. After his release, Roland continued to wear the orange jumpsuit to challenge stigmas associated with incarceration.

“Sherrill’s work deals with sociology, it deals with science and the fine arts, so this is an example of how one man’s art touches on so many departments at our school,” Morrill said.

“The Jumpsuit Project” earned Roland both critical acclaim and international media coverage. In fact, Roland’s work should be familiar to FTCC’s Art Appreciation students, as he is mentioned in the course’s textbook, Gateways to Art: Understanding the Visual Arts.

“He is an artist that deals with social activism, and that’s something the nation is responding to, just that idea of unjust incarceration and how he expresses his experience through his art,” Morrill said. “This is a story that touches on a lot of people’s lives and shows how art can be a way to process that narrative and execute it in a creative way that allows people to respond to it.”