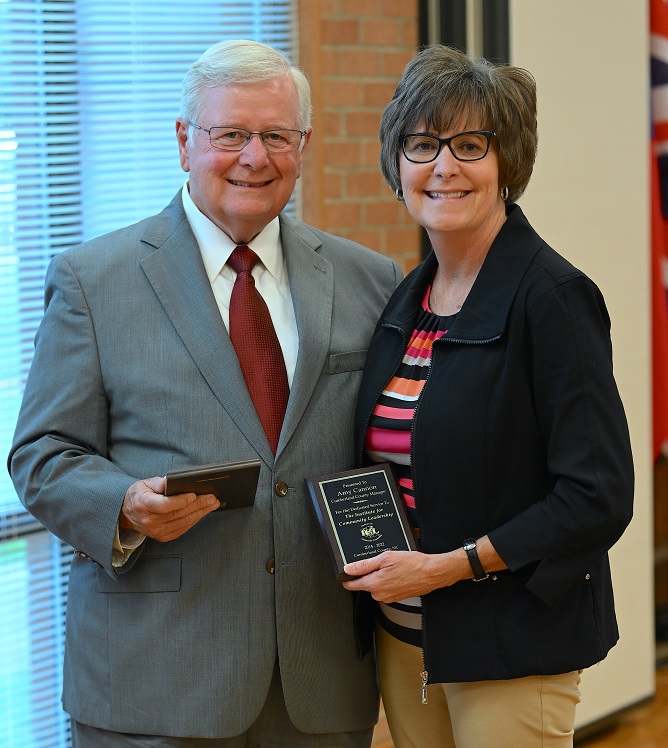 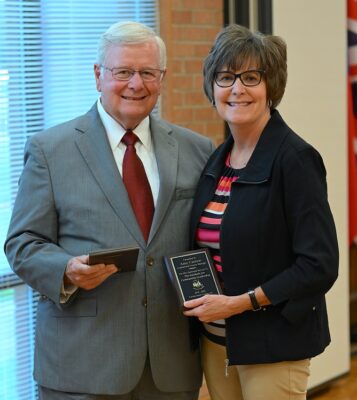 Keen and Cannon represent two of the entities that sponsor the community leadership development program and both have announced plans to retire – Keen as of Jan. 1, 2023, and Cannon as of Dec. 1 of this year.

ICL, formed in 2004, is designed to provide local citizens with information and opportunities to participate in activities that lead to community leadership, volunteer service and membership on local boards and commissions. Classes are held annually with participants chosen from a pool of applicants from Cumberland County. Since ICL began, dozens of citizens have completed the program and gone on to participate in various community organizations.

Keen has supported FTCC’s sponsorship of ICL since he joined the College as its president in 2007. Cannon, who has been with Cumberland County for 32 years and County Manager since 2014, has been a longtime supporter of the program as well.

The two were recognized during the first meeting of ICL’s 19th class, held at FTCC on Sept. 20. Methodist University President Dr. Stanley Wearden was also in attendance.

Six more meetings will be held over the next several months, one by each sponsoring agency and by the Arts Council, and the class will work to complete one or more service projects.