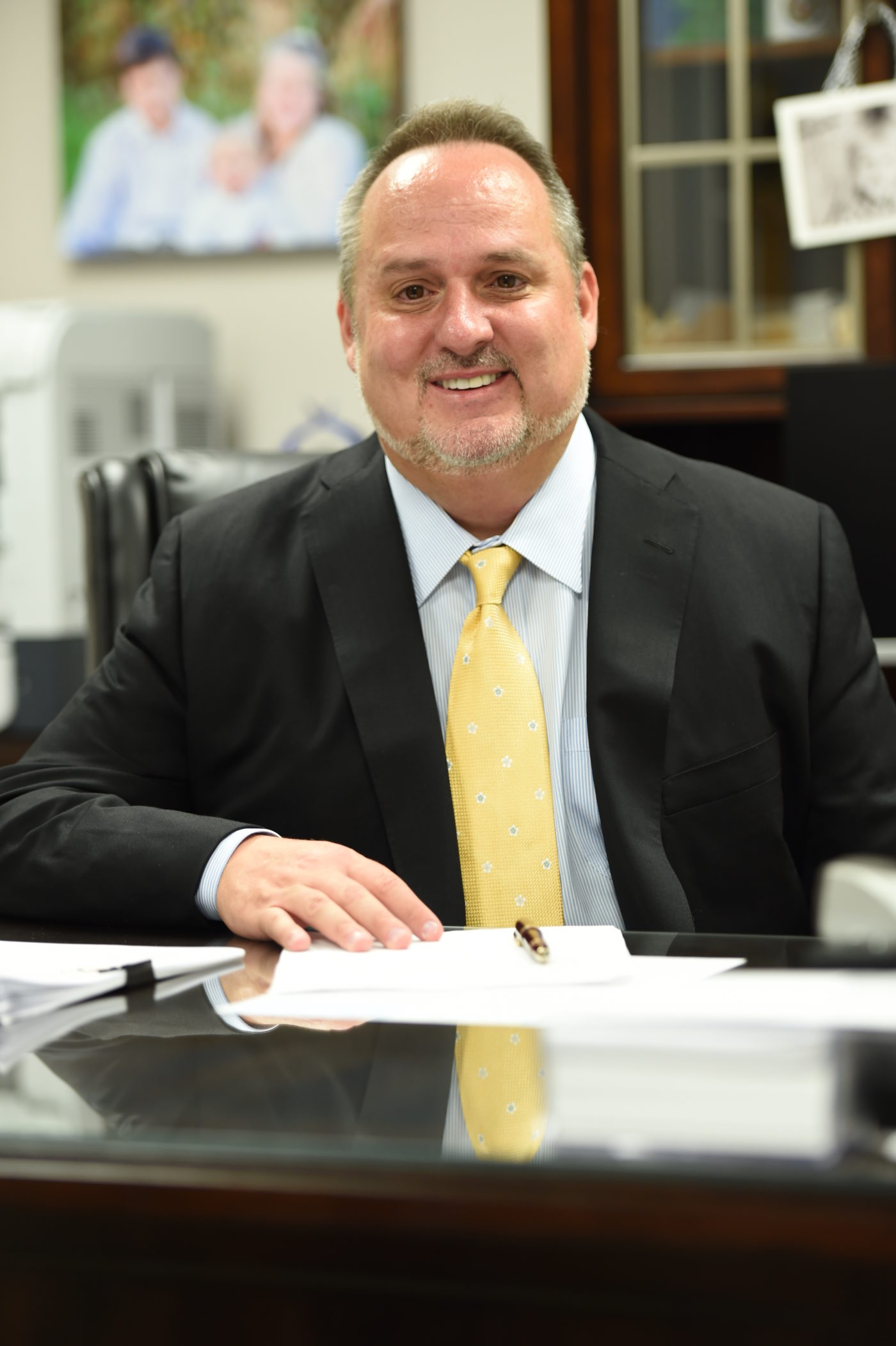 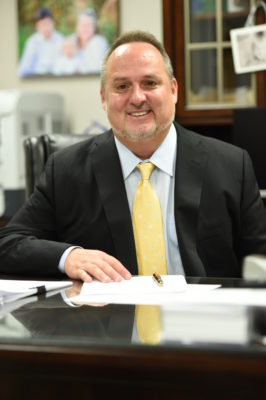 FTCC is celebrating #CommunityCollegeMonth in April by sharing stories from graduates through the years. Chris Harrison is the first story we’re sharing in this weekly series.

When Chris Harrison thinks of home, one city comes to mind: Fayetteville. He wasn’t raised in the city but for Harrison, it’s home. Originally born in Jamestown, NC, Harrison served in the U.S. Army for more than five years. The military stationed him at Fort Bragg. He has a blended family with five children – the youngest three attend Fayetteville Academy; Harrison currently serves as the chair of the board of trustees for the college preparatory school.

Fayetteville Technical Community College is Harrison’s alma mater. He graduated in 1992 with an accounting degree. Nearly a decade later, he formed EbenConcepts, a consulting firm for employee benefits and human resources for employer groups. Harrison serves as president of the firm with 53 offices across the southern United States and in India.
“What’s common in our business is you name your business after the owner or whoever founded it, and I didn’t want that,” Harrison said. “I wanted something that would stand longer than just one person’s name. I’m a big believer that we as a company are successful because of everyone here. It’s not about me; it’s definitely not about me. So I wanted something that was broader than just my name.”

Harrison sat in a comfortable leather chair behind a desk inside his company’s headquarters, located off South McPherson Church Road in Fayetteville. His office is an extension of him. Professional photo-graphs of his three youngest children adorn his walls and a cabinet behind him. A handmade Apache helicopter and Humvee sit atop the same wooden cabinet.
“All these things define who I am, and I grew because of that,” Harrison said.

Harrison can say the same about his time at FTCC. He was in his early 20s when he enrolled as a student, at the time, still transitioning out of the Army. He talked about his dad who worked as an insurance agent, a field Harrison showed no interest in pursuing at the time. That changed when Harrison began working for a third-party administrator administering self-insured medical plans.

“It’s probably one of the best degrees you can get if you want to end up in business,” Harrison said. “I rely on that [my degree] looking at financial statements and what affects our business. It’s a degree I use every day.”
It’s the only degree Harrison earned.

“For me, fortunately, I was given some opportunities in the business I’m in right now that I was able to build from.”
The business owner gave Harrison a minority share in the company prior to its sale. Harrison used the gift to form EbenConcepts. Between 2003 and 2011, the firm obtained 40 acquisitions, buying similar companies and folding them into the firm. EbenConcepts’ locations are mostly in smaller or rural cities, a strategic move for Harrison who describes Fayetteville as a “big city but a small town.”

“I love Fayetteville, and I’ve had numerous people – as we’ve grown – say I need to move to Raleigh or Charlotte,” Harrison said. “My statement is the same every time: if I’ve grown to the point where I need to move, then I’ve grown too much.” 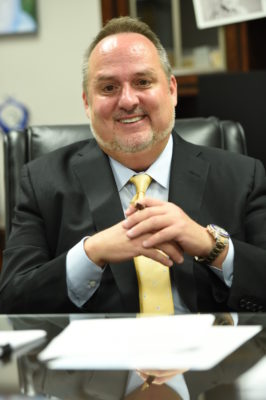 Harrison credits his businesses successes and some of his outlooks on life to two things: the military and FTCC. He called the institution a “great place to start,” an affordable stepping-stone to obtain a bachelor’s degree. He said it’s important for anyone to finish what they start, especially when the process causes struggle or is tough.

“I have more than 200 employees in the U.S. and more than 500 in India, and I’m responsible for their paychecks,” he said. “It’s a big commitment. If you don’t follow through with those commitments, it will affect your growth later on in life. It’s important to finish anything you start.”

“I look at FTCC as a leader in our community of giving the young people an affordable option at a great, wonderful education,” he said. “I’m not sure other communities in North Carolina are as fortunate as we are to have a community college like we do, that’s just my perception of how good Fayetteville Tech is. I would not be where I’m at in business if not for the education I got from Fayetteville Tech.”

Harrison went on to choose two words describing FTCC as the top community college in North Carolina: bar none.

*This article was originally featured in our 2017-2018 Annual Report.